Below are my submissions that got accepted and exhibited.

The artwork I have created is a bridge to connect to the Muslim identity, both past and present. I look to interpret traditional Arab, Turkish and Persian illustrations and apply them to the digital arts. By having the ability to express emotion in an abstract method is a part of my efforts to add onto the existing legacy of Islamic Arts, which have been greatly admired throughout history and continue today.

The ‘Woman in Red’ was a spontaneous piece to which I drew with much conviction, although I was unaware of what I aimed to produce, and I began to recognise the creation of a shy yet powerful woman. This illustration paved the way for ‘Blue Warrior’ and ‘Veiled Malikah’ which are closely related to the ‘Woman in Red’.

Through my pieces, I experienced a strong sense of creative euphoria and appreciation to my Creator, which made me look at whether creativity is innate or just inspiration that we draw from external forces.

I do not know what other creativities are hidden within myself, or what my Creator will bless me with, but I eagerly await for it to be revealed, allowing me to illustrate my future. 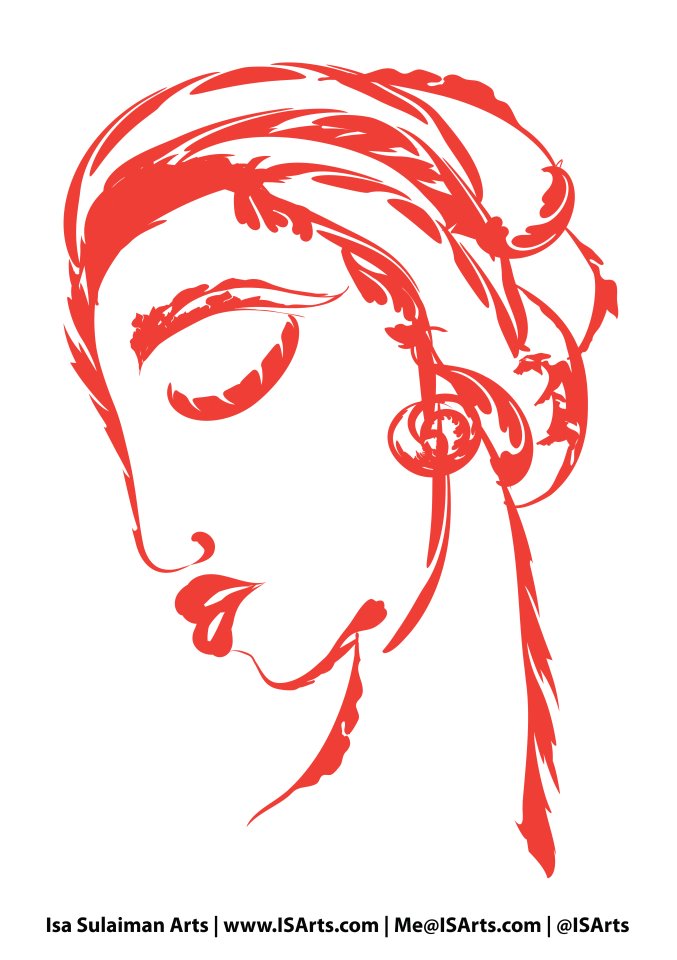